What is Election Day? 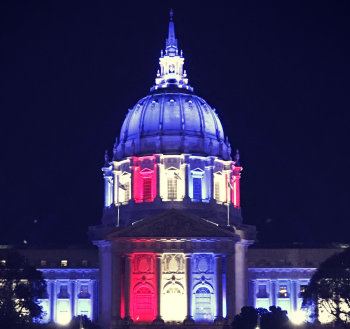 San Francisco City Hall on Election Day 2018
Election Day is the day on which general elections are held in the United States of America. Public officials at all levels, from local and state up to national (federal) government, are elected on this day. It is always held on the Tuesday following the first Monday in November (the Tuesday after November 1) and can fall on or between November 2 and November 8.

Election Day is not a federal holiday (see US federal holidays 2023), but in some states (DE, HI, IL, IN, MD, MI, MT, NJ, NY, RI, VA and WV) it is a yearly or biennial (meaning occurring once every two years) state holiday.

The next occurrence of Election Day is marked in red.