What is Father's Day? 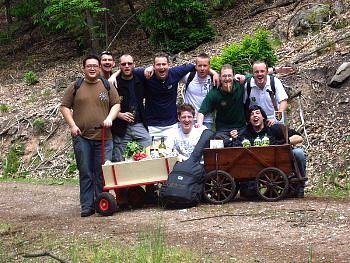 Father's Day around the world

In many countries Father's Day is celebrated on the third Sunday in June, among them the USA, Canada, the UK, France, India, China, Japan, the Philippines and South Africa. However, it is also widely celebrated on other days, for example on February 23rd (Russia, Defender of the Fatherland Day), March 19th (as Festa del Papà in Italy, Dia do Pai in Portugal and Día del Padre in Spain), Ascension Day (Germany), the first Sunday in June (Switzerland), the second Sunday in June (Austria and Belgium), June 21st, the first day of summer (Lebanon, Egypt, Jordan & Syria), the first Sunday of September (Australia, New Zealand) and the second Saturday of November (many Scandinavian countries). For a complete overview of the dates of Father's Day around the world see Father's Day on Wikipedia.

Is it Father's Day, Fathers' Day or Fathers Day?

The next occurrence of Father's Day is marked in red.