The First Day of Spring 2023 is on Monday, March 20, 2023 (in 164 days).  Calendar for 2023
The First Day of Spring 2022 has already passed: it was on Sunday, March 20, 2022 (201 days ago).  Calendar for 2022
Please note: The dates given on this page are based on Coordinated Universal Time (UTC), which for practical purposes is equivalent to Greenwich Mean Time (GMT). While Spring starts and ends at the same moment in time all over the Northern Hemisphere, the date of the First Day of Spring differs from location to location depending on a location's time zone. For more details see the explanations below.


What is the First Day of Spring? 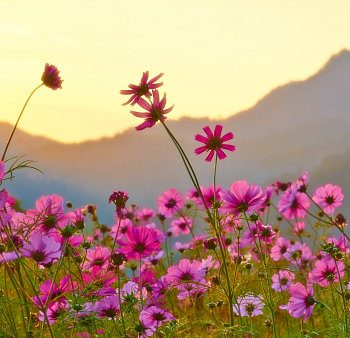 Spring flowers
The first day of spring marks the beginning of the spring season, one of the four seasons that make up the year.

In the astronomical calendar the start and end dates of spring are based on the changing position of Earth in relation to the sun and the resulting solar events of equinoxes and solstices. In the Northern Hemisphere winter ends and spring starts at the moment of the March equinox, which occurs every year between March 19 and March 21. Spring ends and summer starts at the moment of the June solstice, which occurs every year between June 20 and June 22. In the Southern Hemisphere spring lasts from the September equinox (September 21 to 24) to the December solstice (December 20 to 23).

The start and end dates for spring given on this page are the dates of astronomical spring in the Northern Hemisphere and are based on Coordinated Universal Time (UTC), which for practical purposes is equivalent to Greenwich Mean Time (GMT - the time zone of the United Kingdom). While spring starts and ends at the same moment in time all over the Northern Hemisphere, the date and local time differ from place to place depending on the year and a location's time zone. For locations that are ahead of UTC (further east) it may fall on the day after, and for locations that are behind UTC (further west) it may fall on the day before. To find out the exact date and time of spring 2023 in your area use this seasons calculator.

Meteorologists, on the other hand, define seasons based on climatic conditions and the annual temperature cycle. It is important for them to be able to compare the same period of time in different years. The length of the astronomical seasons varies between 89 and 93 days, while the length of the meteorological seasons is less variable and is fixed at 90 days for winter in a non-leap year (91 days in a leap year), 92 days for spring and summer, and 91 days for autumn. While the exact definition of a season's timing and length can differ in different areas based on local conditions, in most of the Northern Hemisphere meteorological spring is generally defined as the three months of March, April and May, with the first day of spring being March 1 and the last day fo spring being May 31.

There is no "official rule" which definition of spring to use, and different countries adhere to different conventions. Most of North America and Europe use astronomical spring, while Australia and New Zealand use meteorological spring (however, as these countries are in the Southern Hemisphere, the seasons are opposed and spring there lasts from September to November). In other cultures, eg. in the traditional Chinese calendar and in Celtic traditions, the March equinox is considered to be roughly the middle of spring.

The next occurrence of the First Day of Spring is marked in red.