What is Indigenous Peoples' Day? 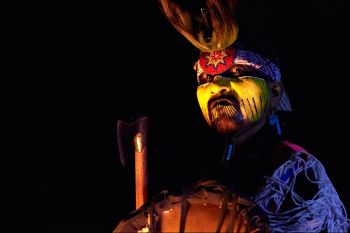 Native American, Navajo tribe. Photo: Moyan Brenn
Indigenous Peoples' Day is a holiday that celebrates the history and contributions of the indigenous peoples of North America.

It is observed on the second Monday of October, thus coinciding with Columbus Day, a United States federal holiday commemorating the arrival of Christopher Columbus in the Americas in 1492. This holiday is increasingly controversial due to the catastrophic impact of the arrival of European settlers on Native Americans. Consequently, several states do not recognize the holiday, and others celebrate it as Indigenous Peoples' Day as a counter-celebration and protest against Columbus Day: South Dakota officially celebrates Native American Day on the same day as Columbus Day, and other states have an "American Indian Day" (eg. Tennessee and Nevada) or "American Indian Heritage Day". The dates differ from state to state. The state of Vermont and the city of Phoenix, Arizona, declared their first Indigenous Peoples' Day in 2016.

When is Indigenous Peoples' Day 2024?

The next occurrence of Indigenous Peoples' Day is marked in red.