What is Singles' Day? 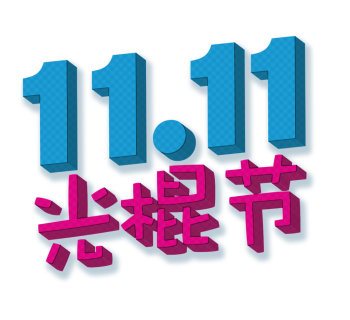 Unmarried people celebrate the occasion by treating themselves and indulging in gifts and presents, making Singles' Day, or Double 11 as it's also known in China, by far the biggest online shopping day in the world.

Originally conceived as an "anti-Valentine's Day" for men to celebrate, rather than lament, being single, the day is said to have been started in 1993 by a small group of bachelor students at Nanjing University. It was originally called Bachelors' Day.

The day is now widely celebrated by singles of both sexes and has evolved into an occasion for singles to mingle and socialize, in the hope of ending their singledom. Ironically, it has also become popular for weddings.

Symbolism of the date 11/11 (or 1-1-1-1)
The date was chosen due to the symbolism of the digit 1, which stands for an unmarried man in Chinese Internet slang. The four '1's also represent the demographic group of single people.

Singles' Day has now become synonymous with spending, comparable to Black Friday, Cyber Monday and Super Saturday, the biggest shopping days in the United States, even though the number of shoppers, and the transaction volume, of Singles' Day in China far exceed the sales volume of the US shopping days. However, both Singles' Day and Black Friday are misnomers as their offer periods frequently last for many days.

Singles' Day has rapidly grown in popularity and is now celebrated in many countries outside China, especially throughout Southeast Asia. In western countries, however, it is less likely to gain much tranction as it coincides with Veterans Day and Remembrance Day, a somber occasion that commemorates the end of World War I and the war dead. Instead, Singles Awareness Day (or Singles Appreciation Day) is observed on February 15, the day following Valentine's Day, in many western countries. The UK has National Singles Day on March 11.

The next occurrence of Singles' Day is marked in red.