What is Boxing Day? 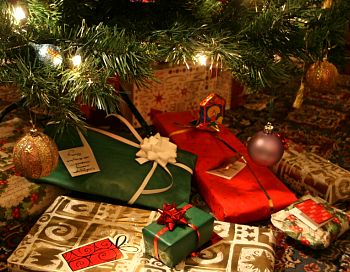 Gifts were given to servants on Boxing Day
Boxing Day is traditionally a day following Christmas Day when wealthy people in the United Kingdom would give a box containing a gift to their servants. Today, Boxing Day is better known as a bank or public holiday that occurs on December 26, or the first or second weekday after Christmas Day, depending on national or regional laws. It is observed in the United Kingdom, Australia, Canada, New Zealand, and some other Commonwealth nations.

In South Africa, Boxing Day was renamed Day of Goodwill in 1994. It is also recognized as St. Stephen's Day in many European Countries. In the Netherlands, Latvia, Lithuania, Austria, Germany, Scandinavia and Poland, December 26 is celebrated as the Second Day of Christmas.

The next occurrence of Boxing Day is marked in red.

DISCLAIMER: While every effort has been made to ensure the accuracy of the data on this site, we cannot accept responsibility for any mistakes which may occur. Data provided 'as is' without warranty and subject to error and change without notice. Your use of this website indicates acceptance of the Terms of Use. Please contact us for commercial use of our calendars, suggestions for improvement, mistakes found in the calendars and any other concerns. All content of this website is copyright © 2011-2021 Calendarpedia®. All rights reserved. Calendarpedia® is a registered trade mark. Privacy policy  ·  Change consent  ·  Sitemap / archive.