What is Earth Day? 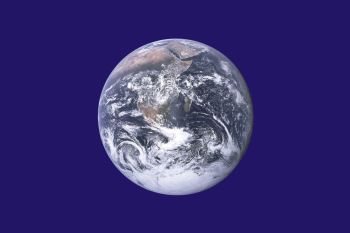 The Earth Day flag, designed by John McConnell, the founder and creator of Earth Day
Earth Day is celebrated annually on April 22 with events worldwide in support of the environment and to raise awareness for the environmental protection and care of our planet.

The first Earth Day on April 22, 1970 is considered to be the birthday of the modern environmental protection movement. It is said that nowadays more than one billion people worldwide take part in activities on Earth Day, making it the world's most widely observed secular (non-religious) holiday.

In many communities the Earth Day celebrations are part of Earth Week, an entire week of activities.

In 1969 peace activist John McConnell proposed to hold a day in honor of the Earth on the day of the spring equinox (around March 21, the first day of spring in the Northern Hemisphere). The UN adopted this idea and since 1970 celebrates equinox Earth Day every year on the day of the March equinox with the ringing of the Japanese Peace Bell. At about the same time, US Senator Gaylord Nelson, a Democratic politician famous for his environmental work, proposed to hold a teach-in about environmental issues on April 22, which developed into Earth Day. While initially only held in the United States, the idea was taken global in 1990 by the Earth Day Network, and Earth Day is now celebrated globally every year on April 22.

For more information about Earth Day and to find about activities in your area visit the website of the Earth Day Network, a non-profit organization that coordinates environmental support activities globally.

The next occurrence of Earth Day is marked in red.