When is Canadian Thanksgiving 2020?

What is Canadian Thanksgiving? 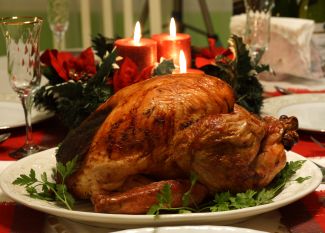 While the date was changed a number of times, it was finally fixed in 1957 on the second Monday of October and now always falls between October 8 and October 14. Many families hold the celebration (and the feast) on the weekend before. It is held on the same date as Columbus Day in the United States (meaning both countries have a public holiday on the same day, even if the two holidays are different).

In the United States the Thanksgiving Day celebrations are held on the fourth Thursday of November. The date always falls between November 22 and November 28 and is followed by Black Friday, the beginning of the Christmas shopping season.

When is Canadian Thanksgiving 2021?

The next occurrence of Canadian Thanksgiving is marked in red.


DISCLAIMER: While every effort has been made to ensure the accuracy of the data on this site, we cannot accept responsibility for any mistakes which may occur. Data is provided 'as is' without warranty and is subject to error and change without notice. Your use of this website indicates acceptance of the Terms of Use. Please contact us for commercial use of our calendars, suggestions and ideas for improvement, mistakes found in the calendars and any other concerns. Privacy policy. All content of this website is copyright © 2011-2020 Calendarpedia®. All rights reserved. Calendarpedia® is a registered trade mark. Sitemap. This server's date and time: Aug 11 2020, 9:25am PDT