What is Easter Monday? 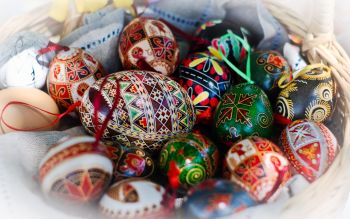 A tradition observed on Easter Monday are games of egg rolling. The event takes different shapes in different countries, from pushing eggs with spoons to rolling them down slopes or hills, in a competition to see whose egg rolls furthest. The eggs are usually hard-boiled and often painted or decorated. In the United States, an Easter Egg Roll takes place on the White House South Lawn annually on Easter Monday. Children up to the age of 13 compete in pushing eggs through the grass with long-handled spoons.

Easter Monday is a public holiday in many countries but not in the United States.

The next occurrence of Easter Monday is marked in red.


DISCLAIMER: While every effort has been made to ensure the accuracy of the data on this site, we cannot accept responsibility for any mistakes which may occur. Data provided 'as is' without warranty and subject to error and change without notice. Your use of this website indicates acceptance of the Terms of Use. Please contact us for commercial use of our calendars, suggestions for improvement, mistakes found in the calendars and any other concerns. All content of this website is copyright © 2011-2020 Calendarpedia®. All rights reserved. Calendarpedia® is a registered trade mark. Privacy policy  ·  Change consent  ·  Sitemap / archive. This server's date and time: Oct 20 2020, 12:36pm PDT