What is Presidents' Day? 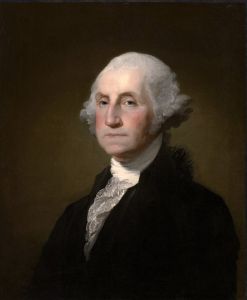 Portrait of George Washington by Gilbert Stuart, 1796 (more)
Presidents' Day is the popular and commonly used name for the United States federal holiday officially called Washington's Birthday. It is celebrated annually on the third Monday of February and celebrates the life and achievements of George Washington, the first President of the United States (1789-1797) and 'The Father of his Country'. The day is, in practice, often used to honor and remember all past US presidents, and in particular Washington, Abraham Lincoln and Thomas Jefferson.

Presidents' Day was created in 1879, first celebrated the following year. It was the first federal holiday to be created in honor of an American citizen. It was originally held on Washington's actual birthday (February 22), but in 1971 this was changed to the third Monday of February (placing it between February 15 and 21 - which means it can never occur on Washington's actual birthday anymore).

Today it's an occasion for community celebrations and parades. Many stores and businesses hold special sales. The Purple Heart military badge (which carries an image of Washington) for soldiers injured in the course of duty is awarded on Presidents' Day.

Is it Presidents' Day, President's Day or Presidents Day?
Because "Presidents' Day" is not the official name of the federal holiday, the placement of the apostrophe, if any, varies, and three different spellings are commonly used, both colloquially and in the names of official state holidays. When used with the intention of celebrating more than one individual, the form Presidents' Day was usual in the past. In recent years, however, the form Presidents Day has become more widespread and is now used by most newspapers and some magazines. President's Day, as an alternate rendering of "Washington's Birthday", or for the purpose of commemorating the presidency as an institution, is a proper use of a possessive and is the legal rendering in some states (the various states use 14 different names for the holiday).

The next occurrence of Presidents' Day is marked in red.