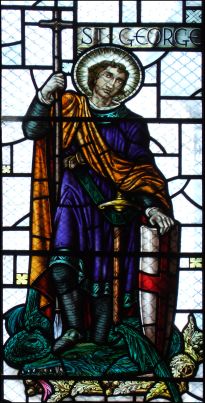 While the tradition of celebrating St. George's Day has waned a lot compared to the Middle Ages, it has seen a bit of a revival in recent years, and organisations such as English Heritage are encouraging celebrations of English customs on the day. Performances of Morris dancing and Punch and Judy are held, and traditional English food and drink is consumed. The flag of Saint George, a red cross on a white field, is flown widely, especially in pubs.

Saint George was a Roman soldier of Greek origin who died for his Christian faith. He never came to England and had no connection with the country.

The next occurrence of St. George's Day is marked in red.