What is Twelfth Night? 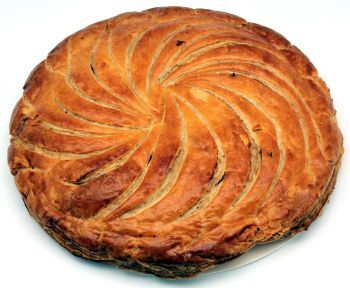 French King cake (galette de rois), traditionally baked on Twelfth Night
Twelfth Night is the last day of the Twelve Days of Christmas (also called Christmastide) and is the traditional end of the Christmas seaon. It is celebrated annually on January 5 and is also known as Epiphany Eve as it is followed by Epiphany on January 6.

Some countries have the custom of giving gifts on Twelfth Night, either instead of giving them at Christmas or in addition to Christmas.

The next occurrence of Twelfth Night is marked in red.